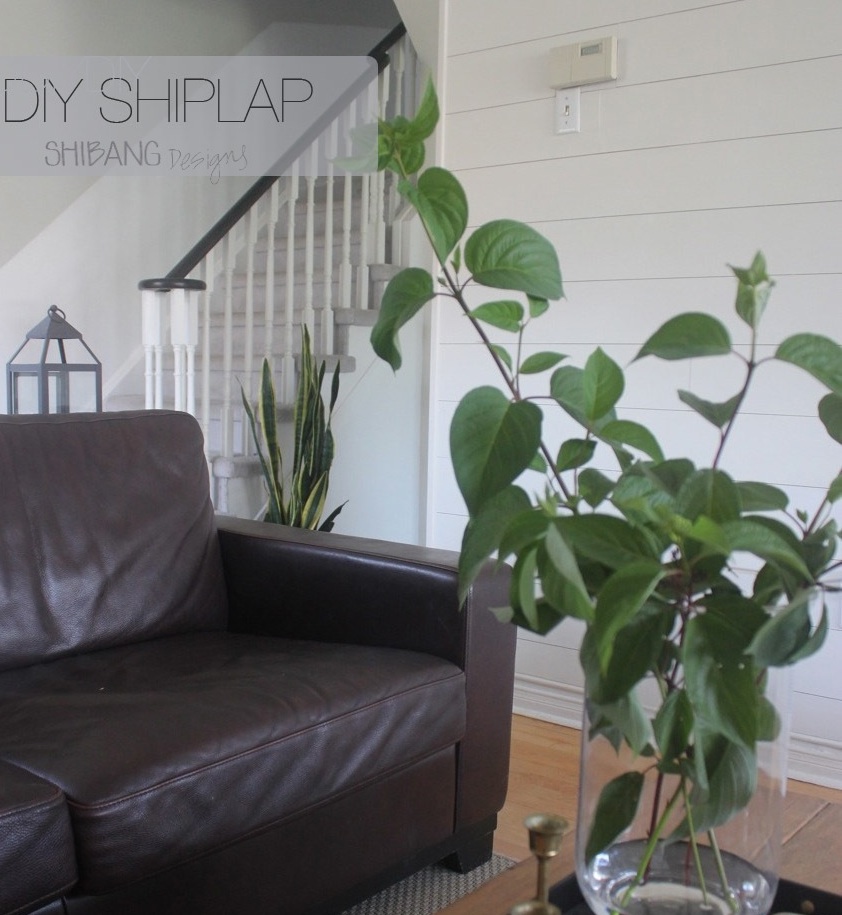 Here’s a look at the shiplap wall that my friend Kate and I installed in my living room. Since we won’t be knocking down this wall that separates the kitchen I decided to make it an accent instead. Originally I had wanted to do a brick veneer but the cost was 10 times more than going the wood plank route.

This was the wall before. The wood planks were  cut at the hardware store from a larger sheet of plywood.

Around the top edge I wanted crown moulding and since I do not have the tools to cut it I used these pre-fabricated corners. It was tricky for us to install this part. 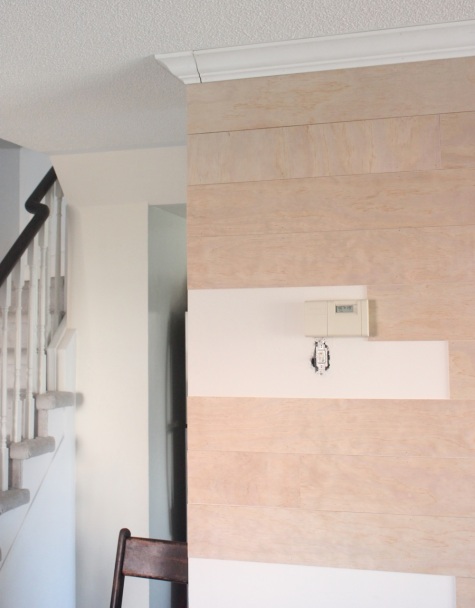 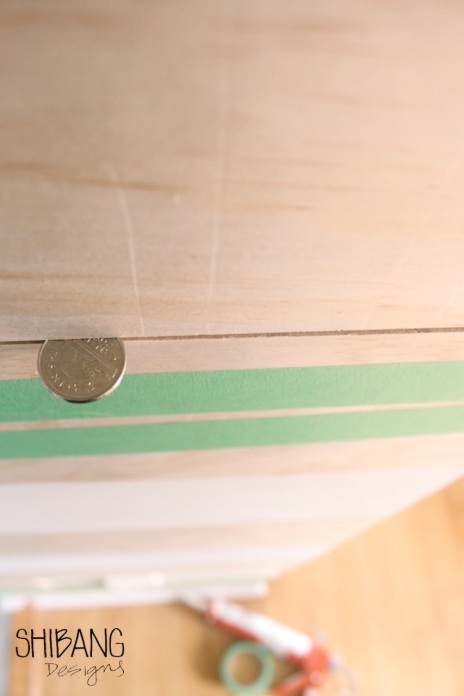 What I didn’t expect was how the ceilings would appear so much taller with the moulding. 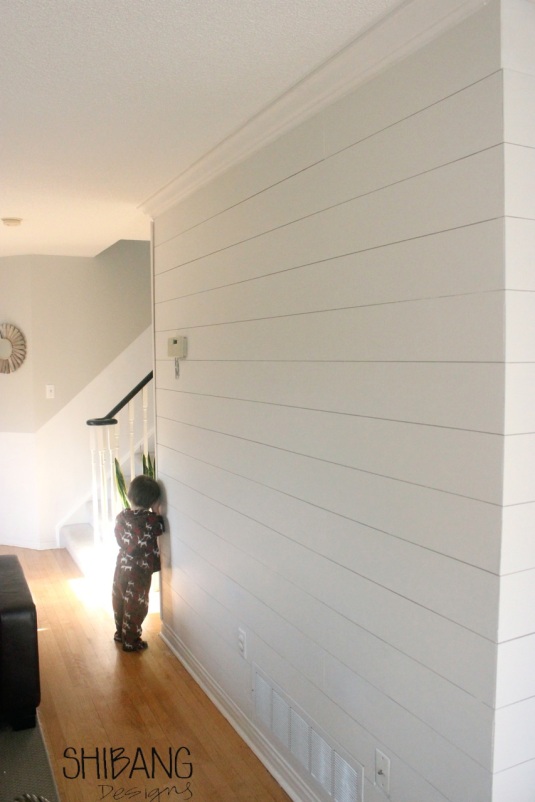 Since I like neat and tidy edges I added corner guards where the panelling edges meet because this wall is exposed from all four sides. 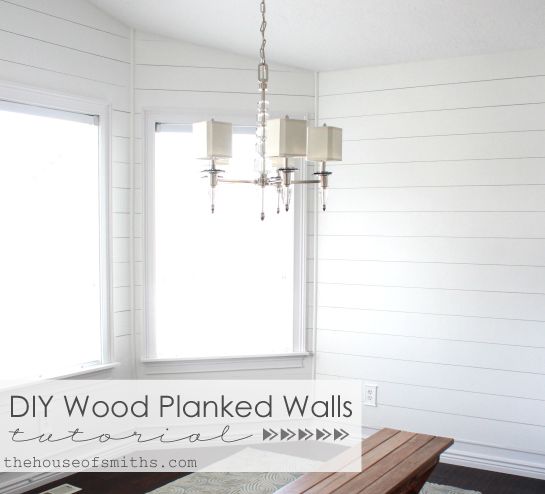 This was an inexpensive project that adds lots of character to the space. It is relatively easy if you have a blank wall without many outlets or vents and requires very few tools to complete.